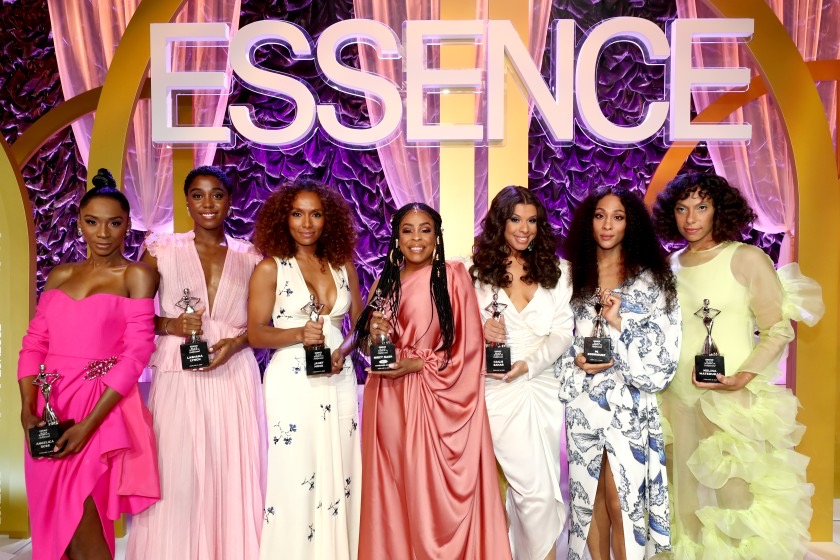 “For 50 years, Essence has recognized us in a culture that overlooks people like us,” Mock said onstage. “I hope our show provides a mirror to black girls everywhere, letting them know they’re worthy.”

Black trans women were centered in Janet Mock’s acceptance speech as she proclaimed, “on behalf of all those courageous enough to show themselves in a world intent on erasing and shaming us. Your mere presence is revolutionary.”

In the January/February Issue of Essence Magazine Angelica Ross was quoted saying, “I’m waiting for our Black community to recognize our stories, because our stories are not just about us.  They are about you too,” Ross said from the Emmys red carpet.  “They’re about our sisters, our mothers, our cousins and everyone else, and how they’re affected.  Not only their missteps but how they learn to love us.”

Essence magazine heard that call to action and in a big step moved to specifically include trans women into the narrative that Black women in Hollywood are telling.  It should also be noted that Laverne Cox was included in Essence honoring the women of color from Orange is the New Black.

Janet Mock goes on to say in her speech,  “In the world that we see, all Black girls are protected and nurtured, liberated and centered. We are centered because we matter. We are centered because our own liberation as Black people, regardless of our gender or sexuality, lies in the well being and survival of all our sisters. Especially those most vulnerable and most overlooked.”