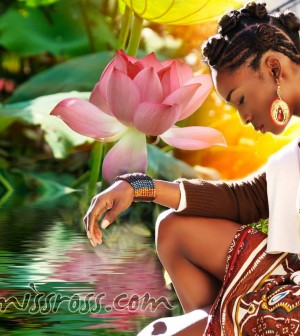 A Great Leader is a friend to the suffering

Daisaku Ikeda, one of my mentors and author of Discussions on Youth: For the Leaders of the Future and countless other books, inspires millions to deal with their pain and suffering head on and turn it into the catalyst that ultimately changes your life and the lives of everyone around you.

“Become an inspiration for those who cannot attend good schools.  Those who start out under difficult circumstances and go on to become first rate individuals can be sources of hope and inspiration for many.  Please remember always that academic background isn’t everything.” – Daisaku Ikeda

Being a friend to the suffering does not mean solving everyone’s problems. It means providing a valuable connection. Some people who you might call your “friends” are really just an accomplice to the crimes you commit against yourself, they are not true friends who bring value to your life. Friends are there to encourage you and to help you see yourself more clearly. A friend sees the best in you, and helps to remind you of it when you forget just how great and powerful you are.

At some point in my life everyone close to me has had the finger pointed at them as the source of my unhappiness.  My terrible job or boss, my non-accepting judgmental family, my friends, or lovers were all reason at some point why I claimed to be unhappy and the one thing they all had in common was ME.  When I became aware of this, I stopped blaming other people and realized that I was the source of my happiness.  I learned about the futility of complaining.  If I wasn’t willing to do anything about the the situation then there would be no sense in complaining about it, it’s a waste of time and energy.

I recognized the validation of “poor me” that I got when telling my “Do Me Wrong” story.  A lot of us have had one of these stories at some point in our lives.  Some of us have it down to almost a routine we perform at get togethers, “the ultimate event that prevented something I wanted from happening in my life” could be the general working title.  But life is full of moments you create and moments you allow, and you MUST take responsibility for that in order to truly take control of your life.

It hurts like hell, I know, but the pain itself can actually be the medicine you need.  When something painfully challenging enters your life my response to you as a Buddhist is “Congratulations!”  Because with great challenge comes great victory and benefit when you are determined to overcome and win!

“A truly great person is a friend to those in suffering, pain and misery.  Such a person can be called a leader of the new century.” – Daisaku Ikeda