Within These Crowded Streets 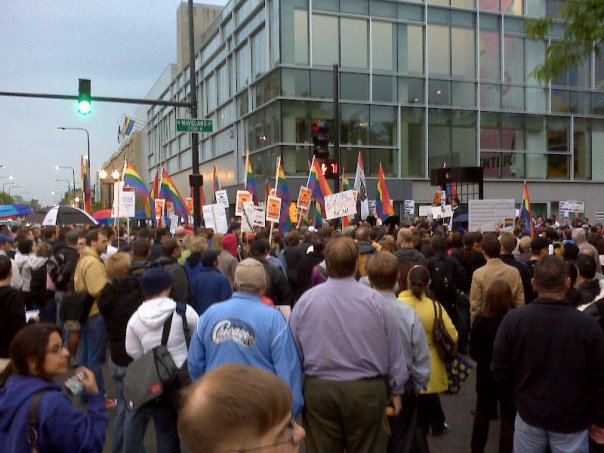 We must stay vigilant and be very careful

of how we allow ourselves to be addressed.

We can too easily become what we are called

with all the unwelcome responsibilities

the title makes us heir to. -Maya Angelou

The cat is out the bag. We now know that transsexuals walk among us. America is no longer surprised to hear individuals claim to be women trapped in a man’s body and vice versus. Even though the shock value is beginning to wear off in America, misconceptions still prevail among the ignorant and the transcommunity itself. Who are we? Is there one image, one stereotype, one concept that can sum up such a gender variant demographic?

A lot of people seem to think so. Thoughts and images that are associated with the word “transsexual” seem to be: Jerry Springer, prostitution, shemale pornography, confusion, sexual deviant, and I’m sure you can come up with many more. Some of us, (transsexuals) have thought it best to capitalize on these concepts by selling ourselves into the circus for “normal” people, to pay for their interaction with us, in circumstances they lead us to believe we control.

People don’t like to be caught of guard. They feel comfortable with what they know. We as transsexuals challenge their reality, and what they know for sure, and that’s when we sometimes find ourselves in the danger zone, unable to predict the reaction of human arrogance, ignorance and fear. So instead we allow ourselves to be put in a box, and forced to check the following:

The problem with being put in a box, is that it gets crowded, and easy to loose any sense of individuality. Although we know that one transsexual can be totally different than the next, society groups us together like they do African-American’s sustaining an illusion that all blacks, gays, and anything “other” than. The walls of the box we’re put in get higher and higher, thicker and thicker, muffling the voices of exception, breeding deception, and making it harder and harder for us to climb out. They want us to give up, and get comfortable with what they say is “just reality,” that we remain characters of the night. But, the day has come to stand on each other’s shoulders so that we may step outside the box, then reach back in and pull someone else out.